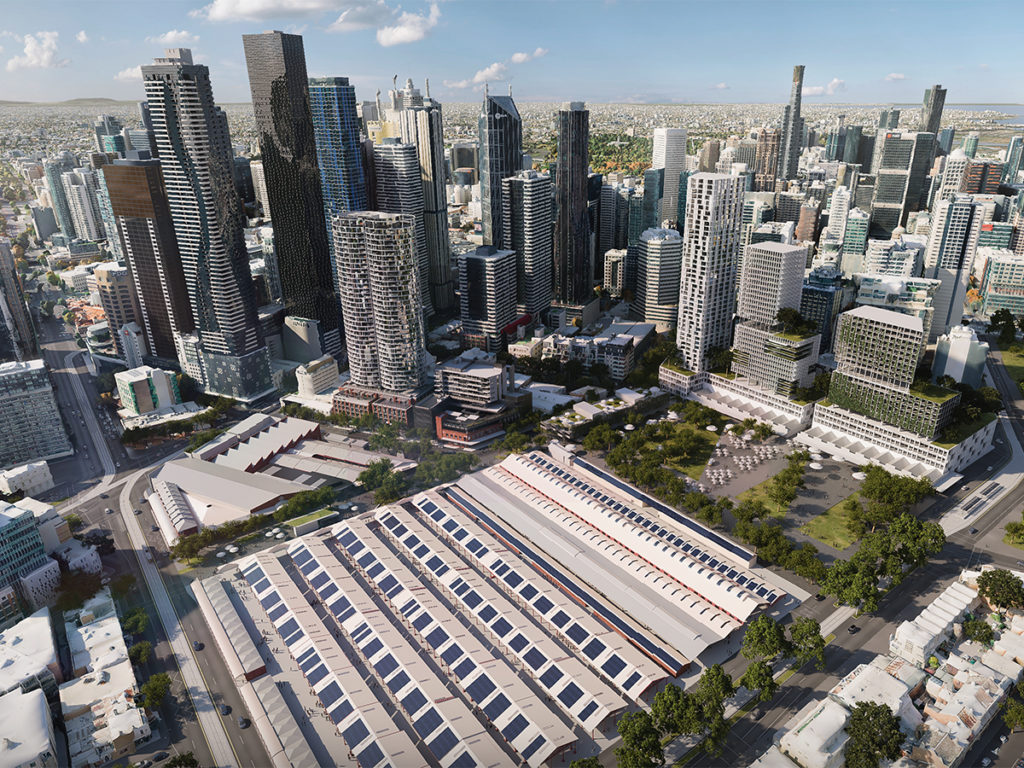 The City of Melbourne has responded to trader and community feedback in developing a new plan for market infrastructure and car parking at the Queen Victoria Market that seeks to minimise disruption, maximise trader and customer experience, and preserve the market’s heritage.

Next Tuesday, Councillors will consider an option to deliver market infrastructure and additional car parking including improved safety and amenities, trader storage, centralised waste and recycling facilities and as well as 1.5 hectares of new public open space.

Lord Mayor Sally Capp said the 40-member People’s Panel and the 2015 Master Plan set the direction for the delivery of market infrastructure and the panel’s recommendations are being progressed.

“We’ve worked with traders, shoppers, residents, the Victorian Government, Heritage Victoria and the wider community to build a way forward that will allow us to create a thriving open-air market for generations to come,” the Lord Mayor said.

“Under the recommended option to be considered, $6 million will be invested to create cool and dry storage at fruit and vegetable trader’s stalls where it’s most convenient. The storage would be designed following extensive consultation with traders to get the designs right.”

“The plan for staged renewal would minimise disruption to traders and the market’s heritage. We’re progressing work to restore the heritage sheds along with plans to give traders the facilities they need to make it easier to trade at the market.”

The People’s Panel set a goal for the renewal to deliver 1000 car parks for market customers.

“The square will complement the market by creating places where people can eat and attend events and community festivals.”

Heritage Victoria rejected an earlier design for infrastructure that required digging under the heritage listed sheds.

“While this was disappointing, we’ve want to move on for the benefit of traders and find a design that addresses the challenges facing the market while maintaining its heritage,” the Lord Mayor said.

“Other than the areas impacted by Heritage Victoria’s decision, there are many components of the original business case and renewal plan either underway or about to begin. The next step would be to do further design and costings to consider storage and waste facilities in Queen Street.”

Queen Victoria Market CEO Stan Liacos said the delivery of infrastructure and car parking is vital to traders and customers.

“It’s a much loved asset but investment is needed for the market to thrive. Traders want renewal to deliver things like power, running water, storage, refrigeration and adequate facilities for food waste and general rubbish.

“We need a design that causes the least disruption to day-to-day market operations during construction and I’m confident this option delivers this.”

Council worked with NH Architecture to develop the options for market infrastructure which were then analysed by SGS Economics and Planning. The revenue and cost inputs to the options analysis have been independently assessed by PWC who validated the assumptions.

SGS Economics and Planning found the option to be considered by Councillors “costs the least to implement, is the only option likely to pay for itself financially, and has the most manageable delivery risks”.

They found that for every dollar spent on the option being considered, $7 dollars would be generated in overall economic benefits.
The cost estimate for the proposed option can be delivered within the previously announced net budget of $250 million for the renewal program, including money already spent on restoration and the trader support program.