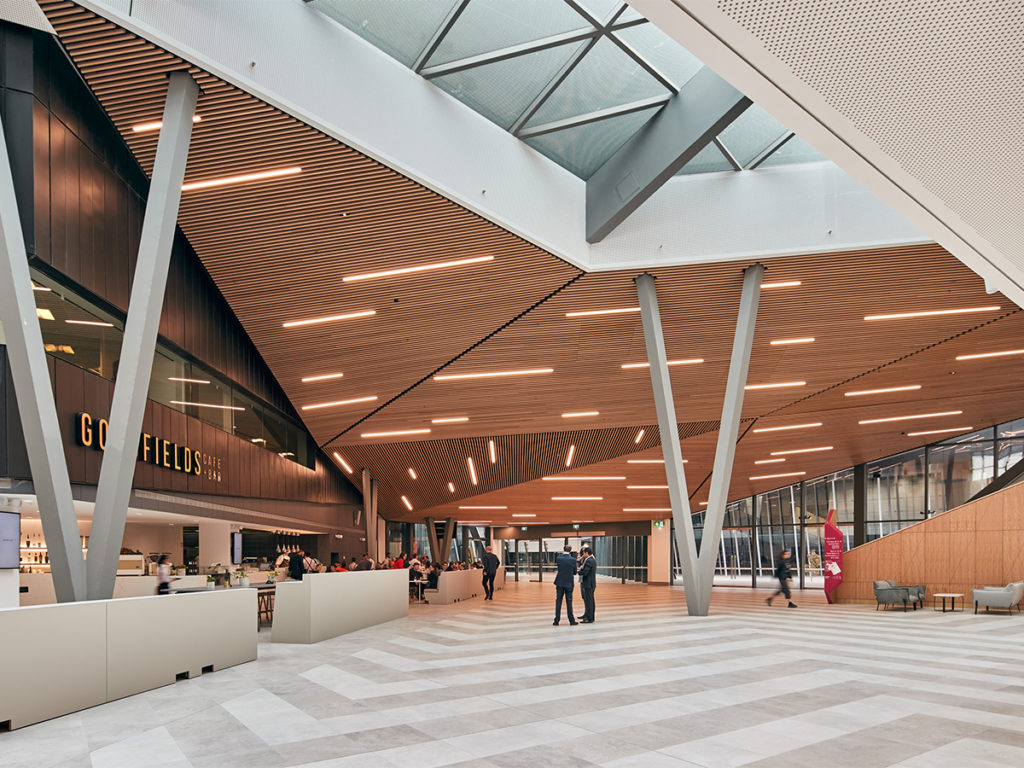 With the launch of the $205 million expansion of the Melbourne Convention and Exhibition Centre (MCEC), Melbourne reclaims its status as the home of Australia’s largest and fully integrated events centre.

Designed by NH Architecture and Woods Bagot, the 20,000 m2 expansion includes 9,000 m2 of exhibition space plus a flexible, multi-purpose event space, 1,100-seat plenary theatre, multiple meeting rooms, a banquet room seating 450 guests, and café and bar; and the addition of the Novotel Melbourne South Wharf hotel, and expanded parking facilities, rounds off the completion of one of Melbourne’s most significant precincts.

NH Architecture’s director of architecture and design, Hamish Lyon, said the expansion celebrates Melbourne and the South Wharf precinct as a centre of design excellence.

“Architecture and design are at the very heart of the MCEC expansion, which is a continuation of the outstanding qualities of the existing building,” said Mr Lyon. “The new event areas and public spaces will ensure the precinct is a vibrant destination for both locals and visitors.”

The centrepiece of the expansion is the state of the art Exhibition Hall which provides 9000 m2 of unencumbered space. This can be divided into multiple configurations supported by a range of breakout meeting rooms and outdoor events terraces. Access to the hall is via the new concourse link from the existing Exhibition Centre or via the new central Hub space, which is the dynamic nexus of the precinct connecting all spaces.

A covered, timber-decked courtyard is a key feature of the Hub. Fulfilling the demand of the highly competitive function space market to provide both an indoor and outdoor experience, it is an integrated external space to step out into and take a breath.

The transition from the pre-function space onto the deep blue carpet of the Sovereign Room banquet hall is a ‘wow’ moment. Stylish, sophisticated and highly adaptable, and with capacity to serve dinner to 450 guests in 10 minutes, it is designed to provide a grand, regal experience.

And while car parks are not the most exciting typology to most, the congestion afflicting many large-scale car parks is minimised through the architectural masterplanning and traffic engineering. Bridge links from the car park across Convention Centre Place at Level 2 separate pedestrians from vehicle traffic, vastly improving precinct amenity.

The original Melbourne Convention Centre by Woods Bagot and NH Architecture (completed 2009), elevated the generic convention centre typology from its second-grade civic position. The expansion builds on this, especially the urban integration established with the original.

A story of ‘great architecture as urban landscaping’, the expansion is as much a project of urban design as building design. The architects have taken a project and a precinct and knitted it all together in a final masterplan, improving access to the precinct, retail centre and emerging entertainment district.

The fully realised Melbourne Convention and Exhibition Centre memorably demonstrates the typology’s best: at a global level it invites world-scale conventions and exhibitions and at the same time connects with its city and includes local content and culture. Holding its own as public architecture, it captures an image of Melbourne as a centre for international commerce, ideas and conferencing, and as a public centre of entertainment outside of the delegate calendar. 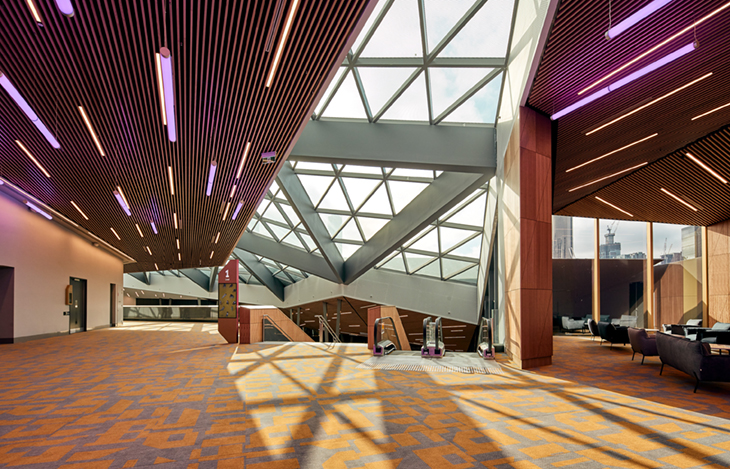