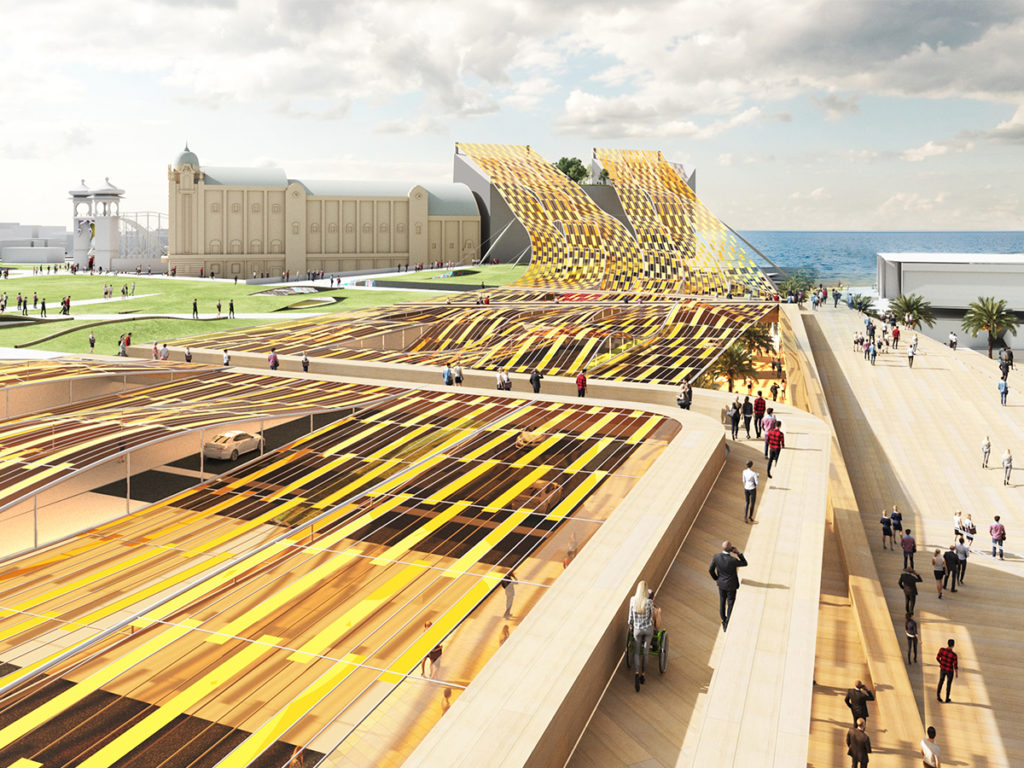 NH Architecture is delighted to have been awarded the winner of the 2018 Land Art Generator Initiative (LAGI) competition for the entry “Light Up” – a large scale public arts and urban design initiative that produces clean energy.

Our design response is a lightweight tensile structure formed of some 8,600 solar panels that would create a light-filtering canopy over Jacka Boulevard, providing shade for visitors and improving links between existing public, pedestrian, and street networks. It would produce 2,220 megawatt hours of clean energy annually for the St Kilda Triangle site, enough to power nearly 500 Australian homes as well as Luna Park, and the Palais.

“The form of a draping tapestry creates a timeless and instantly recognizable image for St Kilda that compliments existing landmarks without competing with them. With such a large component of the artwork spanning Jacka Boulevard, Light Up manages to create one large functional park space that flows from the Palais forecourt to the beach. The experience of traversing the park will be like walking through a flowing stream of solar energy.”

“The street is such a big divider between the beach and the Triangle site, and we thought, ‘what if we actually use that street and turn it into a positive?’” says NH Senior Associate and project lead Martin Heide.

The structure would be constructed with a series of Vierendeel trusses and cross-tension cables. The majority of the power would be generated by the highly efficient and flexible solar photovoltaic panels. In addition to the solar panels, the proposal includes wind power generated by the swaying bridge and microbial fuel cells. Lithium-ion cells from used electric car batteries embedded in the handrails of the bridge can store excess energy generated by the panels. This extra energy can then be fed back into the grid.

Central to our team’s approach was creating a design utilising existing technologies, where a high return on investment was possible due to the economy of scale. The components are tried and tested, and available on the market currently. 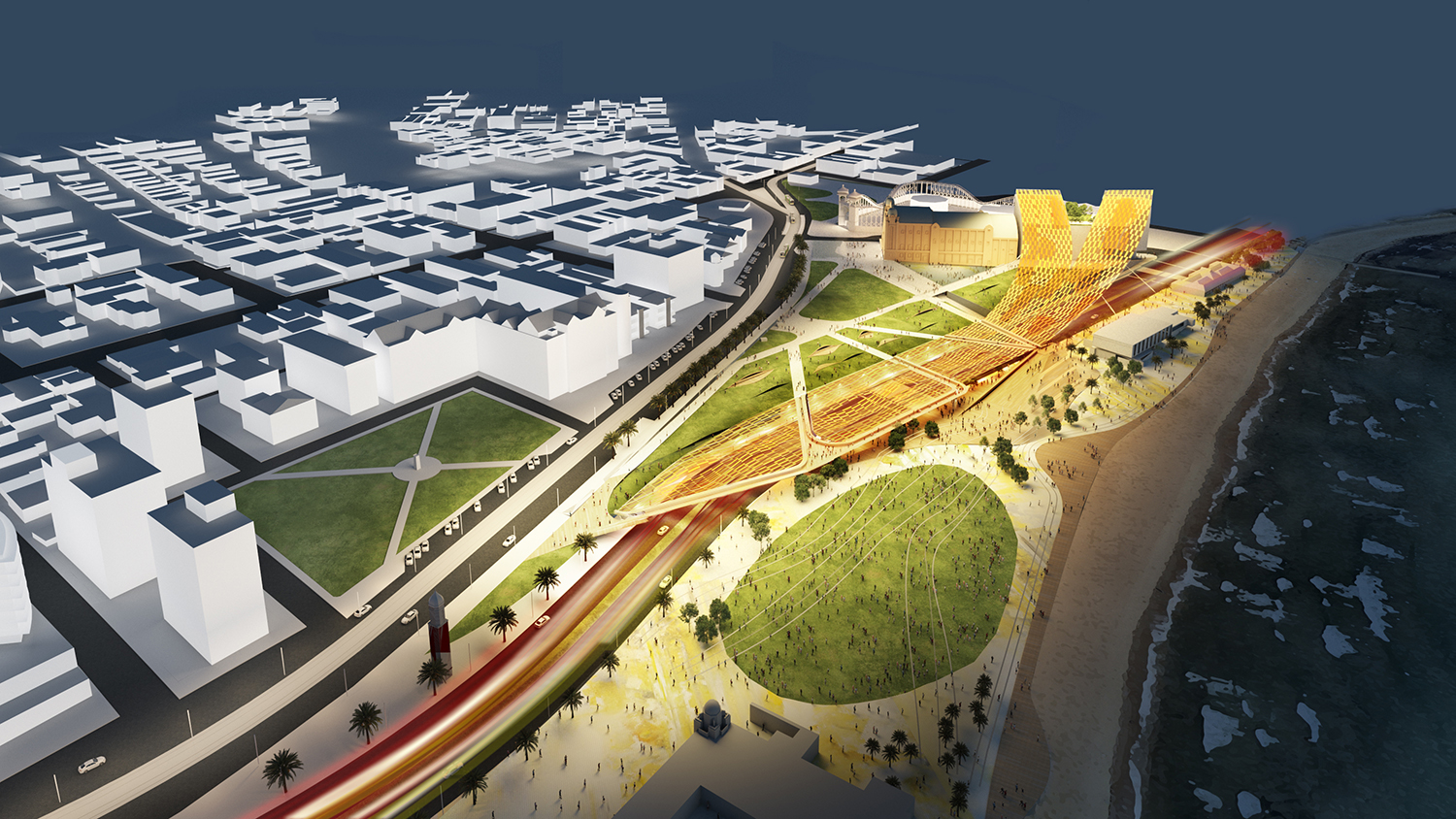 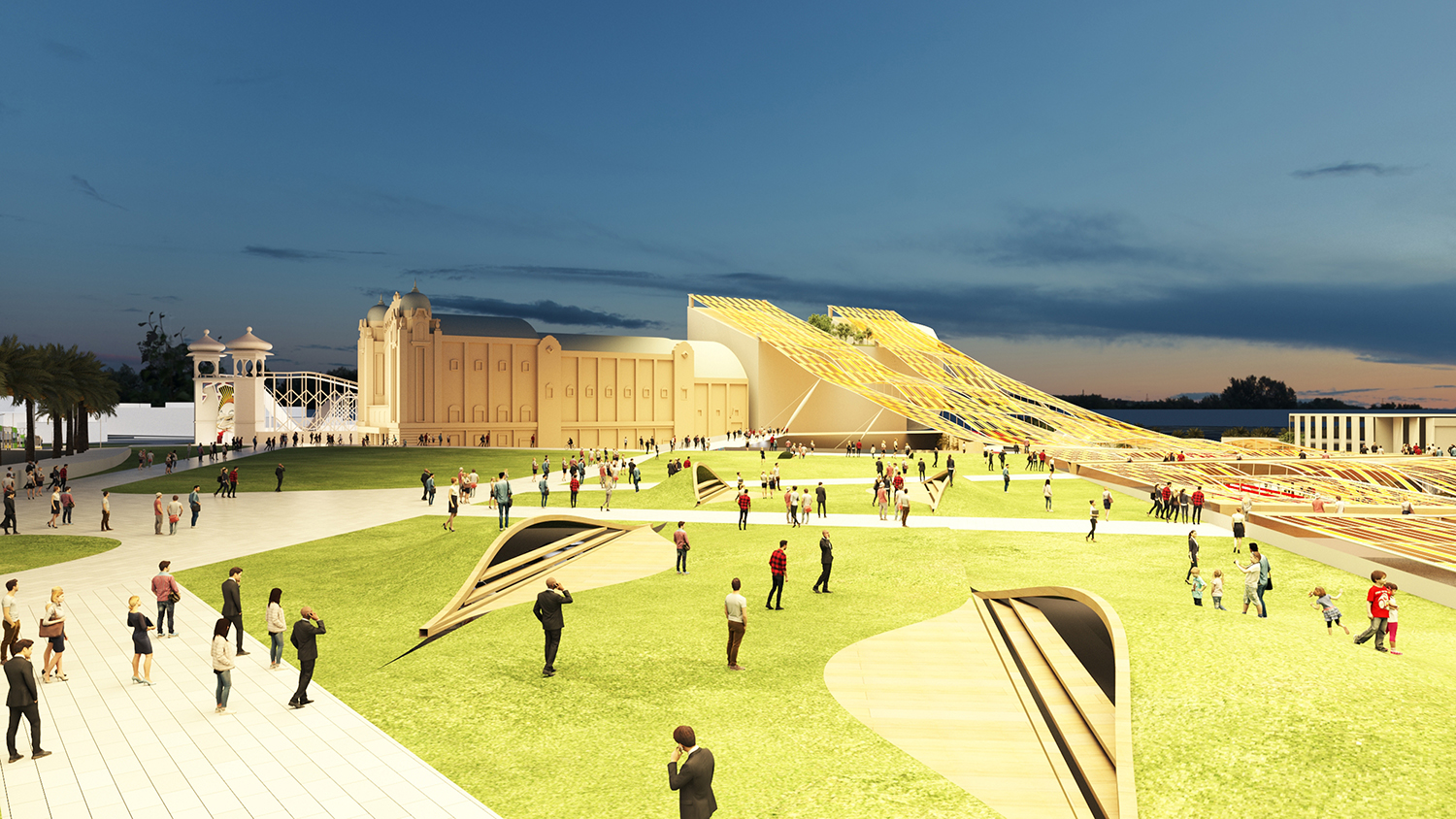 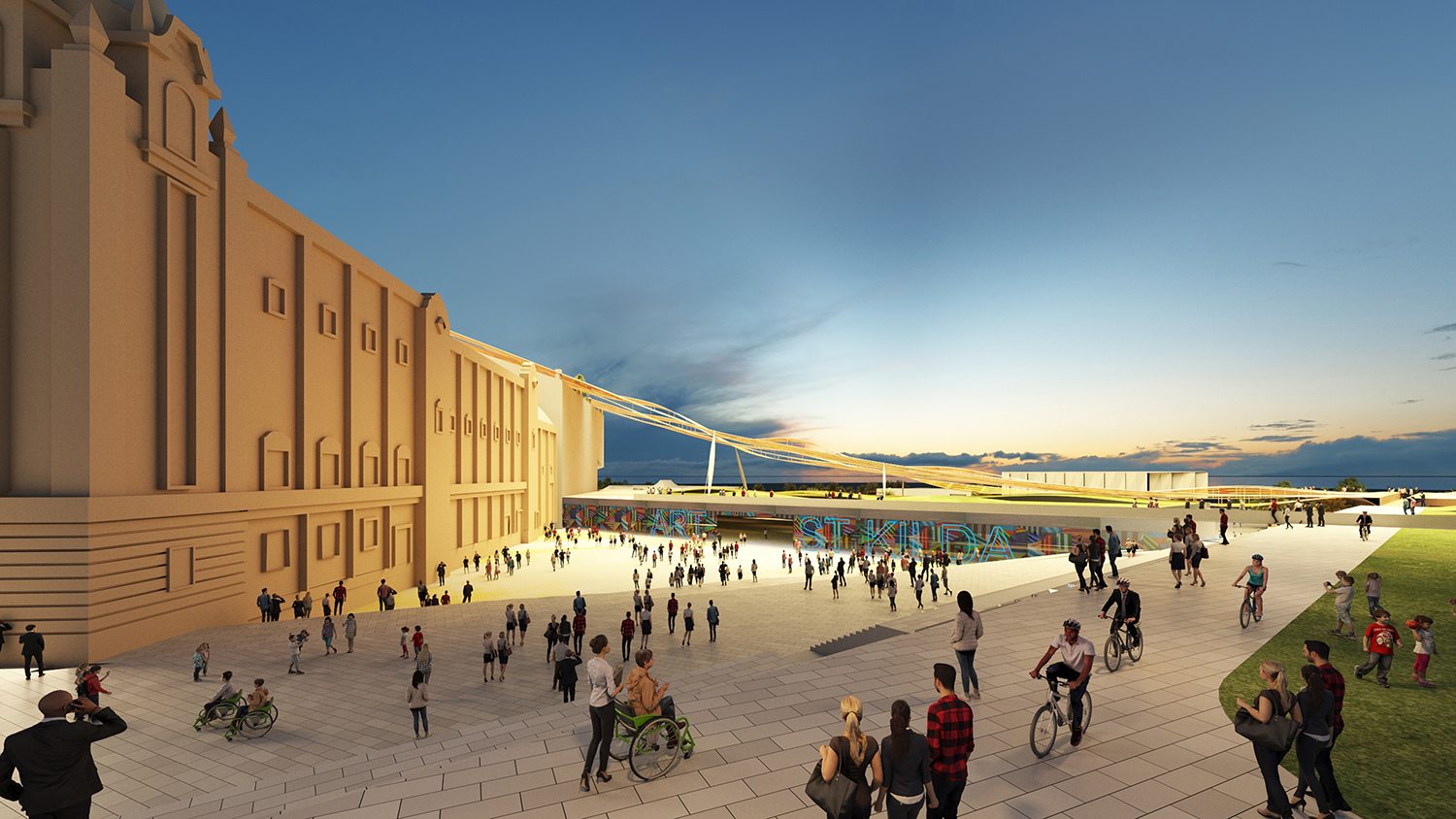