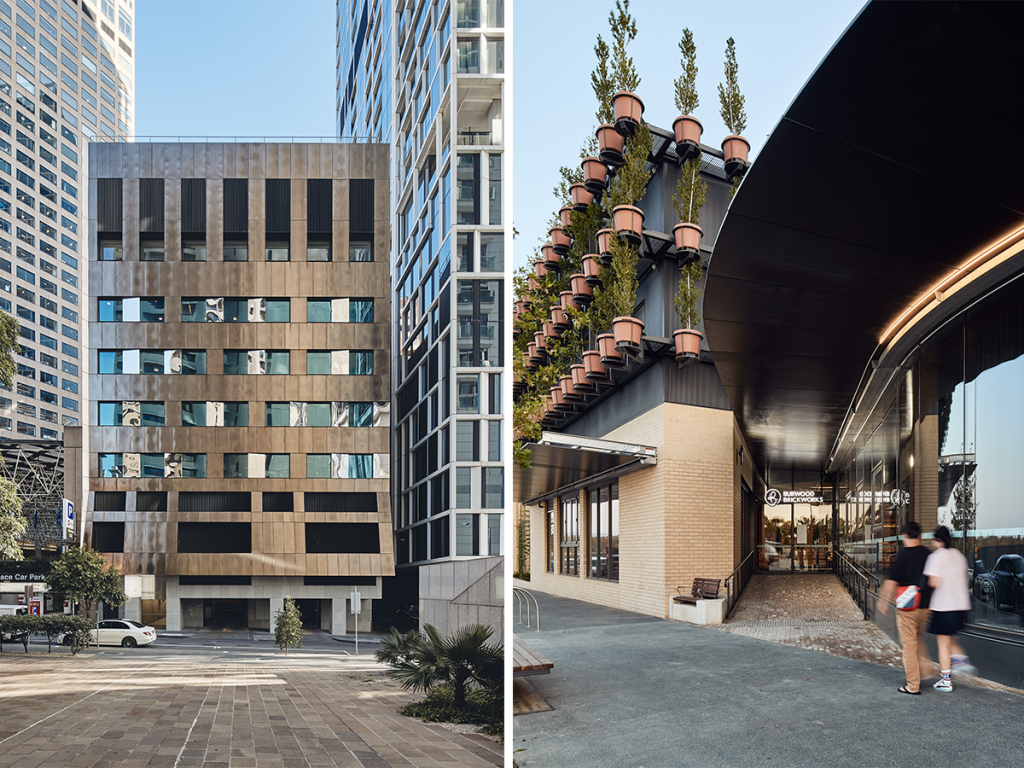 Two NH projects have been shortlisted for 4 awards at this years’ Victorian Architecture Awards!

The Cannons House Lobby and Façade refurbishment reinterprets and redefines a 1980s postmodern At ground level, the project mirrors the materiality of Harry Seidler’s Shell House adjacent, replacing the existing glazed entry with polished granite seating – a civic gesture which completes the fourth side of the courtyard straddling Flinders Lane. into a contemporary participant in the urban conversation of Flinders Lane. As a regenerative project, the proposal introduces a new entry experience by recladding the existing concrete structure, remediating the existing car park entry and creating new bicycle parking facilities.

A dimpled, bronze-coloured stainless steel ‘sheath’ was placed over the southern facade, reflecting and distorting its context, amplifying and scattering reflected light like a kind of urban Glomesh.

At ground level, the project mirrors the materiality of Harry Seidler’s Shell House adjacent, replacing the existing glazed entry with polished granite seating – a civic gesture which completes the fourth side of the courtyard straddling Flinders Lane. 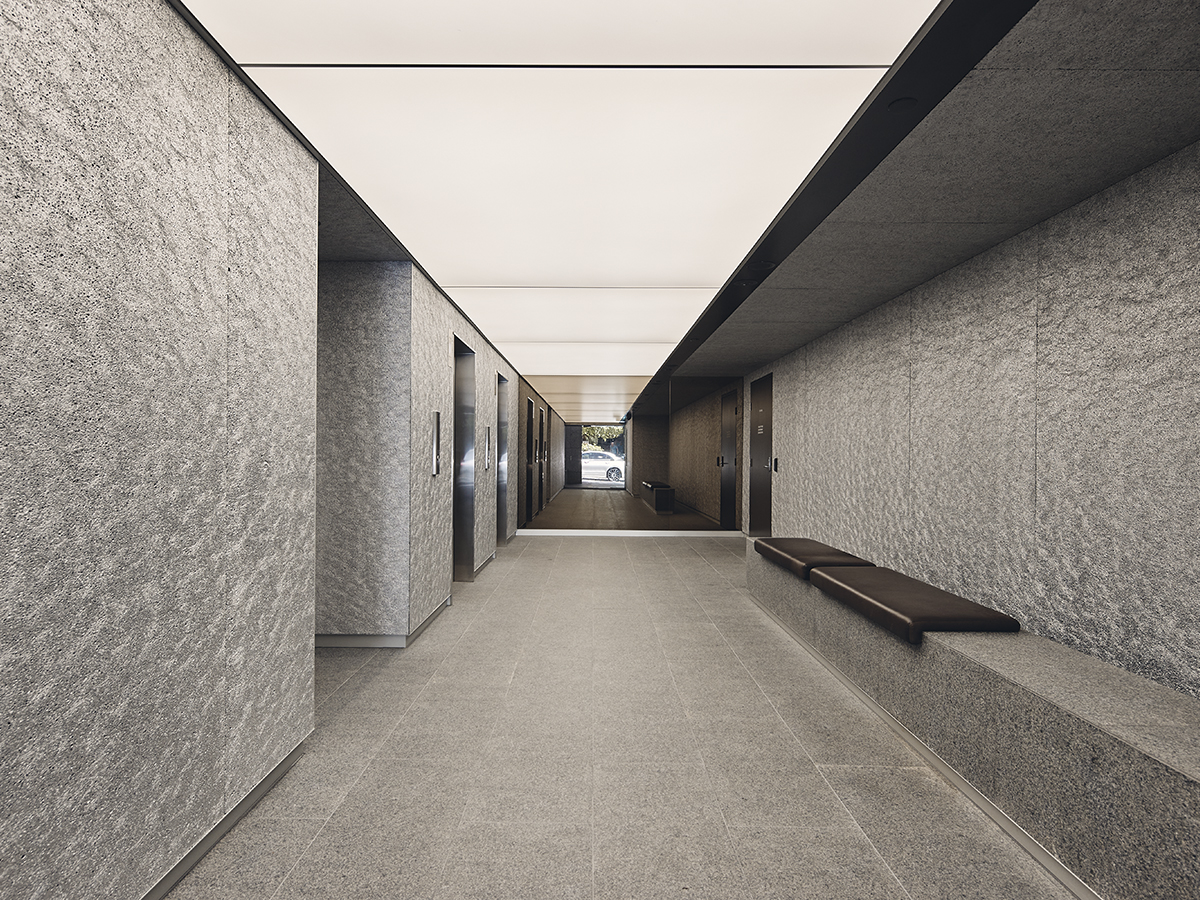 The compact lobby interior attempts to create the illusion of a larger physical space, yet one as visually deceptive as it is tactile. Planes of bronze mirror, aerated aluminium, illuminated ceiling and granite tiling rekindle gestures from 1960s office foyers and Kubrick’s 2001 while an extended granite waiting bench, its dark leather feature cushions and bronze mirror also suggest an affinity to ‘Paris-end’ boutiques in parallel Collins Street. 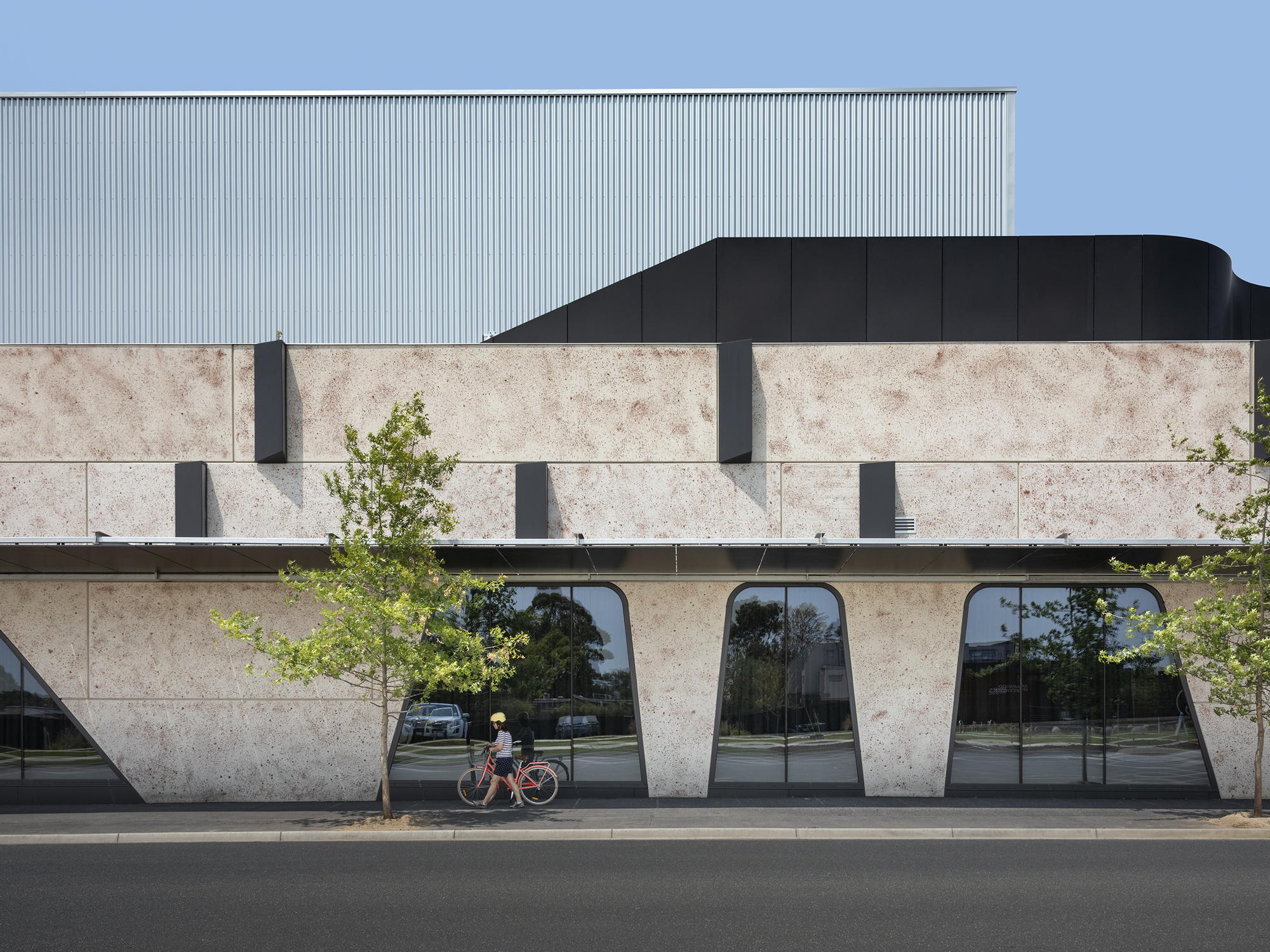 As the world’s most sustainable shopping centre, Burwood Brickworks utilises reclaimed and recycled materials throughout, with the timber, brick and furnishing’s expression all being derived from natural forms. The curved, crushed brick and glass façade references the site’s history while offering a unique tactility through the juxtaposition of variated textures. This historic reimagination is further actualised in the ‘factory-esque’ form of the sawtooth roof.

The biophilic design principals prioritise the connection between people and nature within the built environment, and the building takes all its energy needs from the sun and renewable sources — With 40% of the building’s energy being produced by 3300 rooftop solar panels alongside a ‘closed loop’ system which treats all grey water on site for reuse, without producing waste or toxicity. 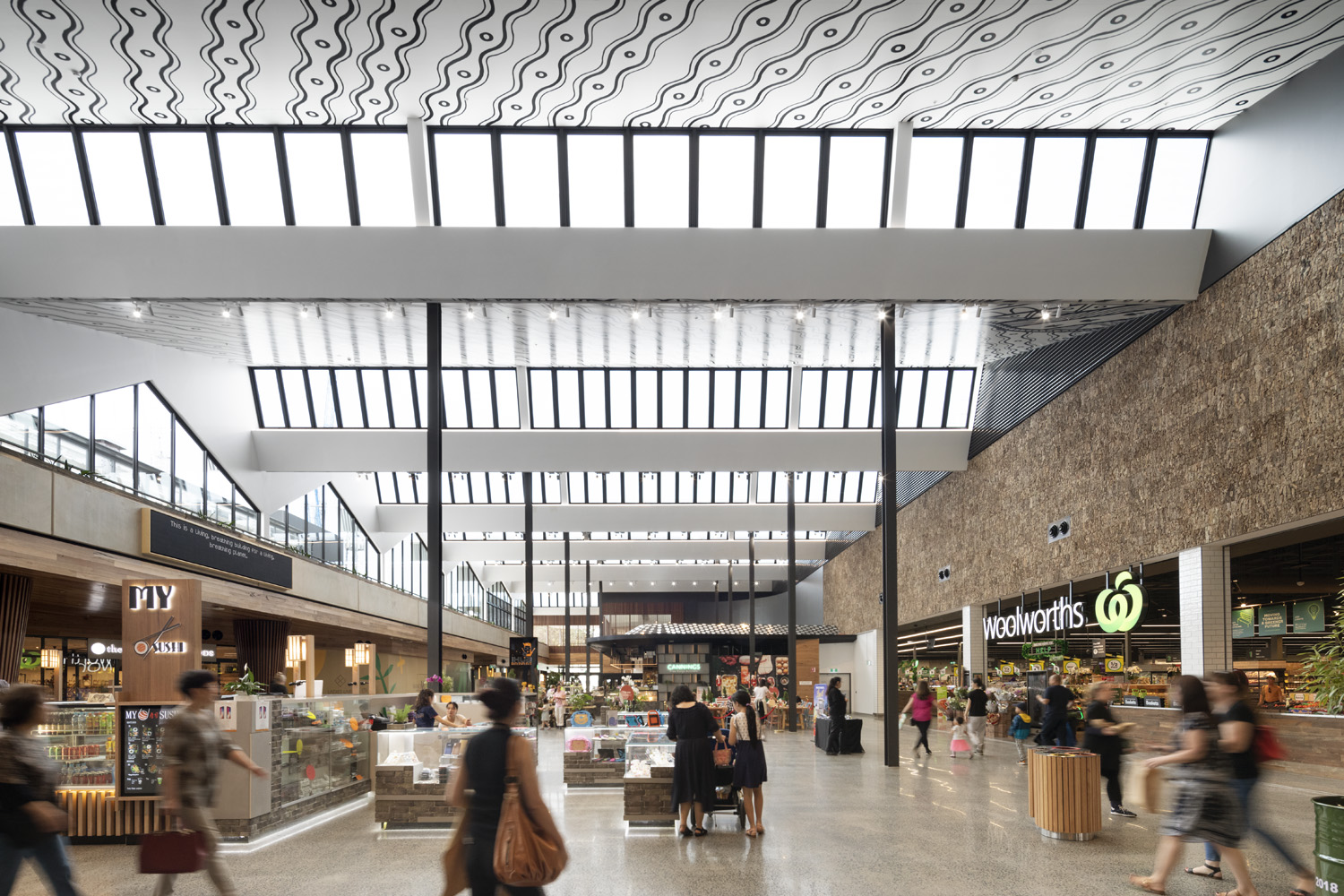